In the past ten years the IRE was awarded several times for its involvement and commitment in the regions.

The Fondation du Mérite Européen in Luxembourg awarded Dr. Franz Schauberger with the Order “Mérite Européen in Gold” (bottom picture) on 18 July 2015 for his extensive activity in the interests of the European regions as a representative of Salzburg in the EU Committee of the Regions for two decades, and for the creation of the Institute of the Regions of Europe exactly ten years ago. The Fondation du Mérite Européen was founded in 1970 in Luxembourg. The mission of the Foundation is to highlight the volunteer services of individuals beyond the normal level of commitment and to recognize organizations for special contributions to the promotion of the European idea and for exceptional European commitment. 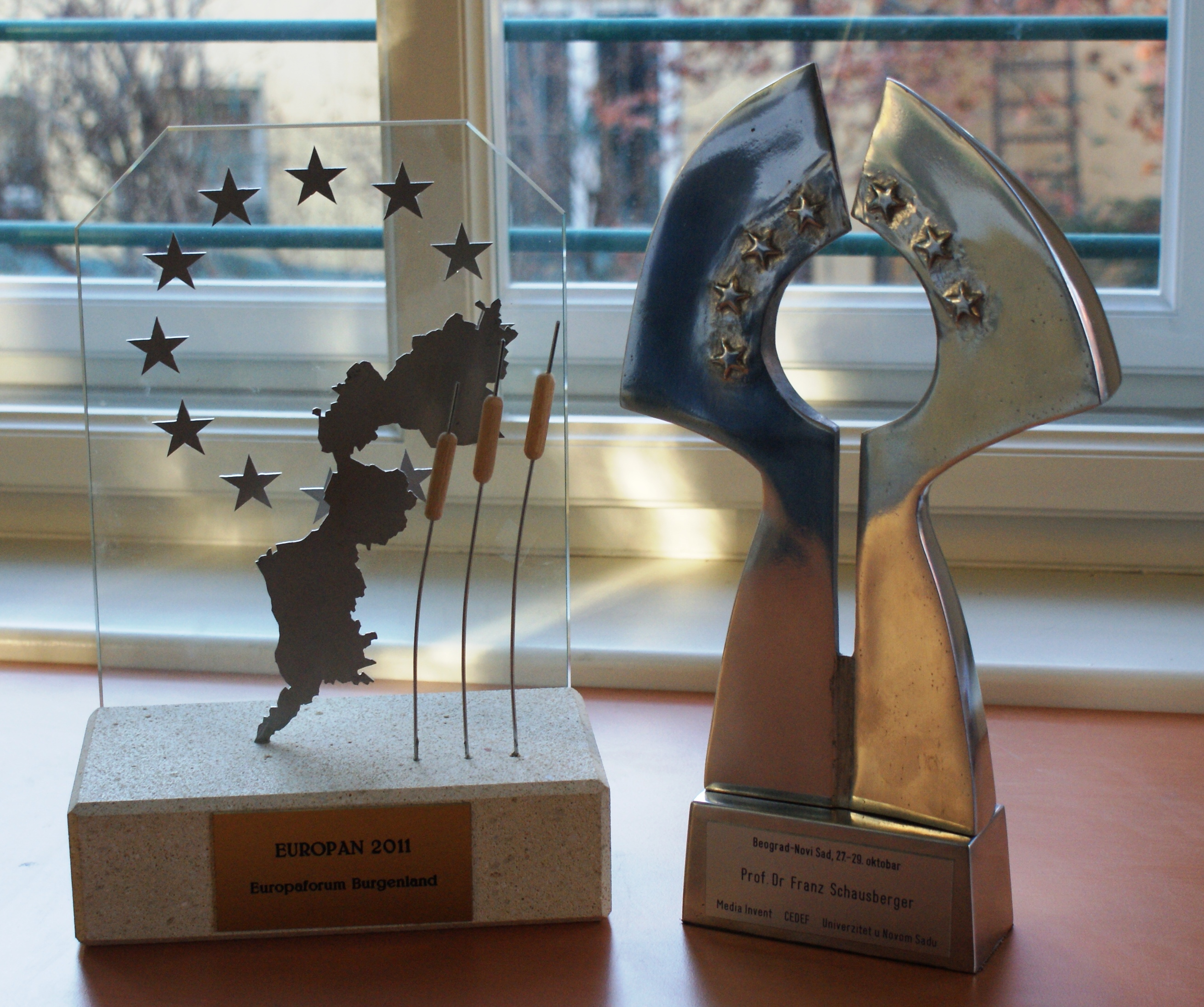